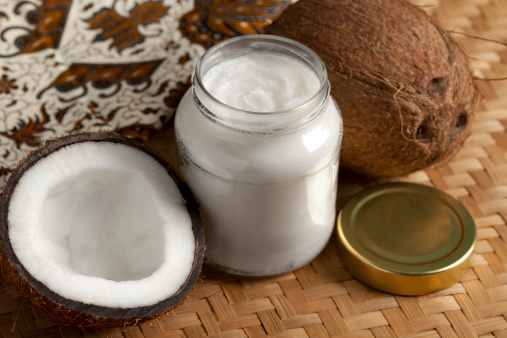 The topic of oil pulling usually sparks the same types of responses:

Yes, oil pulling. The act of oil pulling involves the user placing a teaspoon to a tablespoon of their choice of oil in their mouth and gently swishing it around for 20 minutes. The term “pulling” is referring to the medicinal action of the oil “pulling” out toxins and bacteria from the user’s blood stream. And while 20 minutes may sound daunting at first, most people will oil pull while doing other morning rituals such as showering or putting on make-up. Any type of pure cold pressed oil will work, but the most common are coconut (for obvious reasons), sesame seed, and sunflower oil (although, oilpulling.com says to only use sesame or sunflower oil.)

The oil pulling experience is different for everyone. Most first-timers call it unpleasant and usually gag at the lard-like consistency of the oil – explaining why most users will start with a teaspoon of oil and work their way up to a tablespoon. However, the reported consensus is that after oil pulling has been conducted for a while, the process is easily tolerated and perhaps eventually enjoyed.

But why even partake in this ancient Ayurvedic practice of oral care in the first place?
Oil pulling comes with a laundry list of supposed health benefits including whiter teeth, less cavities, the alleviation of jaw pain, healthier gums and better smelling breath- all of which seem relatively reasonable. However, some seemingly outrageous claims have also been generated concerning this oily health routine such as relief from eczema, the healing of ulcers, the prevention/removal of malignant tumors and even the gift of longevity. A longer life with cleaner, whiter teeth? Sounds great, right?

Being a researcher myself, I prefer my health claims to come with solid science to back them up. Unfortunately for oil pulling enthusiasts, solid science seems to be something this new health craze lacks. In one of the few oil pulling research studies conducted in 2008 by Asokan et al., it was found that oil pulling reduced the amount of Streptococcus mutans in participants’ plaque after one and two weeks of treatment. In the same study, however, standard mouthwash containing chlorohexidine was effective at reducing the amount of the aforementioned cavity-causing bacteria in participants’ plaque samples not just after one and two weeks of treatment, but also after only 24 and 48 hours – clearly showing the superiority of the more standard oral health care routine. Also, with a sample size of 20 and a rather homogeneous population consisting of all adolescent boys, the study lacks universality and significance.

And this is where the research stops- creating the question of how these other systemic health claims could even be generated. The answer to this question seems to be personal anecdotes, which although lacking validity, are numerous. Personal stories of oil pulling curing painful symptoms and alleviating oral aches and pains have recently flooded the internet. But, the same principle that can explain most of these allegations can also explain the so-called effects of magnetic therapy or those toxin-pulling foot pads hawked on late night television: the placebo effect. And although this psychological phenomenon is powerful, it’s hardly scientific.

Also explaining some of the positive effects of oil pulling is the mechanical action of the swishing itself. When swishing oil around in the oral cavity for 20 minutes, the upper and lower jaw are separated – allowing for the jaw muscles to seat more comfortably and alleviate jaw pain in the process. This being said, the same “therapeutic” effects could be achieved by simply swishing around water or even chewing on a pen or gum. The mechanical cleaning action of the swishing (combined with a possible emulsification effect of the oil) can also explain the reduction in Streptococcus mutans.

Simply looking at the practicality of oil pulling, the flaws become even more apparent. For how long have the dental professionals of America been trying to get their patients to simply brush their teeth for two minutes? The thought of imposing a 20 minute oral health routine into their patients’ mornings seems monstrous in proportion. Oil pulling also comes with hidden dangers that are not widely publicized. Exogenous lipoid pneumonia, which is caused by the inhalation of vegetable or mineral oil, is a conceivable danger considering the oil is held in the oral cavity for such an extended period of time.

Although better than no oral care at all, oil pulling is hardly the cure-all miracle treatment it’s alleged to be. Possibly the greatest harm of oil pulling is using it as a replacement for scientifically proven, legitimate medical treatments. If experiencing any sort of condition such as chronic tooth aches, migraines, jaw pain, eczema, etc, it is always best to consult a medical professional before attempting any sort of home remedy. And as far as my own morning routine goes, I’m sticking with mouthwash. 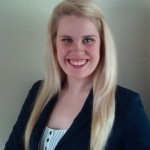 Patricia Drake is currently majoring in Biomedical Science at Grand Valley State University- class of 2015. Her student organization involvement includes being President of her university's Pre-Dental Club, being a proud member of Alpha Sigma Tau, volunteering for Habitat for Humanity, and of course being a part of ASDA! Patricia has been an avid blogger for years and has always loved sharing her experiences with those around her. Aside from writing, Patricia is a connoisseur of theater and is always up for seeing a good play or musical.

My new appreciation for research

Lessons to be learned from Canadian dental school scandal